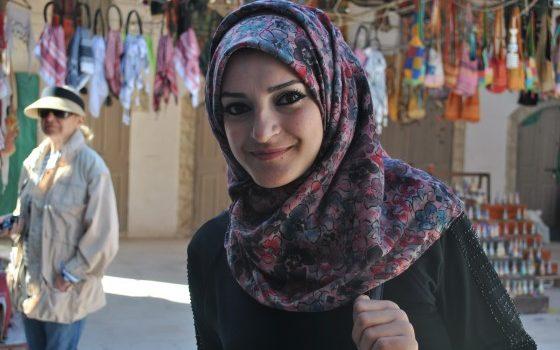 My friend, Rima, was born and raised in Jordan. She was a very beautiful girl. We met on one of our flights, when we were working together as a part of the flight attendants crew. Soon we became inseparable. We started to pick the same schedules. It was much more fun working together with somebody who could be your friend. She told me about her family and their life style. Rima was raised as Muslim and came from a religious family. Her family was a strong and advanced, otherwise they would have not let Rima work the job that, in Jordan, was considered too open minded for a good Muslim girl. I watched her pray in the room that we shared and listen to everything that she told me. I started to like her stories, the respect that she had for her family and her life style. I thought about my own family that was far away, that was too busy to care and wondered if I was happy at all. Then something changed. Rima started to look very tired on our flights. She was worried and withdrawn in her own thoughts. She became distant.
Rima told me that she got engaged and was getting married soon. I was ecstatic! I was so happy for her. I did not know that she had a boyfriend, but I respected her choice of not telling me. Soon after, Rima resigned. I did not understand. I knew how much she liked to fly. I heard from the others that she became a third wife of a very rich man who did not want her to fly. I knew that, in Jordan, a man could be legally married to four women. Rima was very religious. Perhaps she was happy. Perhaps having to say goodbye to her best friends was a small sacrifice to the wealthy and secured life that came to her by saying “yes” to that rich, old man. Perhaps it was just her family that made her do it. I stopped wondering if I were happy. I knew I was. Even though Rima has never contacted me again, she must have missed me is some ways. I was free to build my own life, a privilege that she never had.

Note: This story is fictional. It may not express the actual opinions or believes of the author.