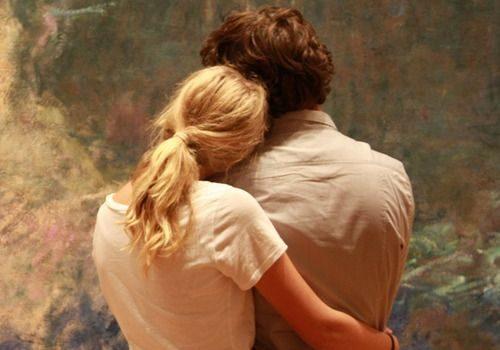 While I was growing up, I could say that I was a late bloomer. All my girlfriends already had boyfriends at the age of fourteen. Me? Nadda…I wasn’t interested. I’d rather dream about the far- away lands and read romantic novels and adventures. There were boys that chased me. It was never the one that I was thinking about in my dreams. I could say, I was not that lucky in love. My problem was that whenever I got together with my girlfriends, there were giggling and talking about something that I could not understand. They were talking about kissing the boys, about all those feelings that I never experience, so I felt out of place. One day we went to a party over the weekend, on the island across from my home town. We all had a great time, although we stayed in the old, half abandoned house were, long time ago, some of our friends family members used as their residences. They abandoned those to live more practically and closer to work. Nevertheless, we did not ask for much more, but a good music and friends. I got brave that night and I promised myself that I would experience what all my girlfriends already knew, that I would kiss a boy. Strangely, it did not feel like anything that they were talking about. I did not get it. What was I doing wrong? Well, at least I could say that I did it, I thought. Not until much later I realized that my true love would come when I the least expected it, when I wasn’t even looking. It was nothing like those fictional characters that I read about. It just happened at the most unexpected moment that catches us unprepared and let us struggle for a while, with our own feelings that we could not deny. There he was, my Valentine.