A Bad Cab Ride in Amman 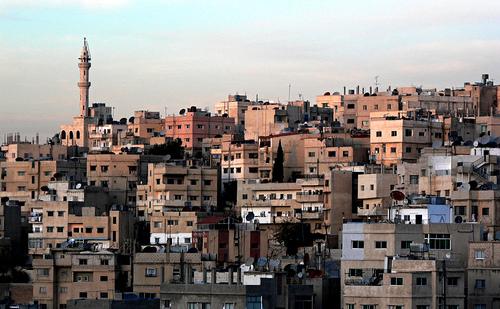 A Bad Cab Ride in Amman

At the beginning of my carrier as a flight attendant, I was stationed in Amman, Jordan. Although Amman is considered one of the most “westernized” cities in the Arab World, it was quite unusual for a young woman to live alone. I used to travel for the longest part of the month, spending only three short days in the base that I mostly used for cooking, cleaning and banking. I had little time to find friends. Given my western roots the invitations were limited. I lived in my own world and I did not mind. I loved to travel. That day, I remember, having to go to downtown office to work on some paperwork. My roommates were gone and I was on my own. I stopped the cab and gave the driver the address. He looked like an average cab driver, like any other I saw before. I took the back seat. As the door closed, he started to smile. He turned and offered me the dry fruit that he had on the front seat. I thanked him and said I was not hungry. He offered it again. I started to feel uncomfortable. He was trying to have a conversation in broken English. We were approaching the office and I was glad. Suddenly I realized that he continued to drive. I started pointing out at the building that we passed. He did not seem to care. I heard him muttering that was taking me home. I set there in disbelief. I did not have time to panic. We were a couple miles away from the office building and entering the rural area. I started shouting and demanding that he stopped the car. I opened the door wide, hoping to drive some attention from the other cars, but nobody looked in our direction. The car was driving fast. I was looking at the road, getting ready for the jump. What choice did I have? Suddenly the car stopped. I was free. I walked miles to return to the office building. I told them what happened and wondered if I should have reported the incident. They looked at me as if they did not believe me, as if I was imagining. A woman, they thought, should not walk or live alone. I did not care. I was free.

I prepare legal documents in the State of Arizona. For help, visit my website.